Hotel Talleyrand overlooks the Place de la Concorde (2 rue Saint Florentin 75001 Paris – France) and was built in 1767 according to a design by Ange-Jacques Gabriel, architect of Louis XV. The interiors were designed by Jean-Francois Chalgrin.

The building was used as a World War I hospital, as a German naval office during World War II, and as the headquarters of the United States Marshall Plan in the 1950s.

Located in the center of Paris, the Hôtel de Talleyrand is a historic place of the highest diplomacy and a spectacular example of a late 18th century Parisian house, or hôtel particulier. The building and interiors, both superior examples of French Enlightenment architecture, were built between 1767 and 1769 for Louis Phélypeaux, Count of Saint-Florentin.

The building was bought in 1812 by Maurice de Talleyrand Perigord, who used it to host Heads of State and European Monarchs (The Russian Tsar stayed there for several months). Following Talleyrand’s death, the residence was purchased by Baron James-Mayer de Rothschild and remained with his family until 1947, when it was purchased by the United States government. To this day, the house is used to receive guests at diplomatic meetings, receptions, conferences, and cultural events.

The conservation mission to restore the Hôtel Talleyrand was initiated in 1999 by the US Department of State.Under the direction of the US Ambassador to France, the World Monuments Fund joined the conservation effort and successfully implemented the final phase of the work between 2003 and 2006.

The restoration focused on a ten-room suite of the so-called George C. Marshall Center. An extensive study of the decorative schemes was carried out and the analysis of traces of color samples taken to determine the original colors of each room was completed. A gray glue-based paint from the 18th century was identified as the original color coat, and a contemporary replica of this painting was introduced into the rooms, restoring the original decorative scheme.

Interior accent surfaces were cleaned, wood paneling and ornamentation restored, reconstitution of the original gold and painted finishes completed, and stucco ceilings and decorative plasterwork renewed. Many decorative elements of the state apartments remain in situ; however, the main fireplace was relocated under the direction of the Rothschild family.

During the restoration it was returned to its original site between the Great Reception Room and the State Office. The two doors that flanked the home were recreated, completely restoring the original architectural layout 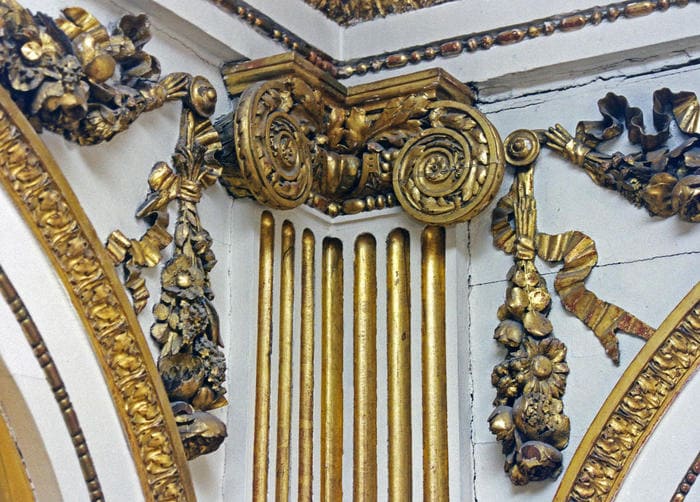 Ange-Jacques Gabriel (23 October 1698 – 4 January 1782) was the principal architect of King Louis XV of France. His major works included the Place de la Concorde, the École Militaire, and the Petit Trianon (Versailles) and opera theater at the Palace of Versailles. His style was a careful balance between French Baroque architecture and French neoclassicism

Travelers from USA that are not part of the European Union must purchase a travel euro of at least 30000 Euros. American Citizens do not need a Visa. The insurance must include transfers and repatriation if necessary. What can I Take on a airplane?