The first instrument in recording and reproducing the human voice was Edison’s cylinder phonograph. Invented (1) in 1877 by  Alva Edison. It was called a phonograph and used wax cylinders to support sound recording. Edison invented this dictation machine, for office and commercial use. But starting in 1890, phonographs operated with coins began to be installed in music halls and exhibition parks.

For a few cents, you could hear a drum recording with a fashion piece of music. During the 1890s, phonographs began to be sold for domestic use, as a musical instrument. The main problem was the way of producing the cylinders. Each cylinder had to be engraved one by one and they were also worn out with use.

Emile Berliner patented, in 1888, his Gramophone or Victrola that used flat discs of 78 RPM as a support for sound recording. These discs could be produced in series, with the use of matrices obtained from a single master wax recording. When the discs were pressed on a more resistant material, called shellac, they were not worn out with use.

The popularity of the Victrola began to exceed that of the phonograph with cylinders. The best tenors, sopranos, bronze bands and musicians in general from Europe and America began printing records to be heard in the Victrolas.

Until 1910 the teams have a huge horn, little aesthetic (today very decorative according to the environment) not appropriate for the living rooms

Since 1910 companies such as Victor Talking Machine Company, Columbia or Brunswick have produced furniture Vicitroles for the living room, laptops for tourism, train or Pic Nic trips. From that moment on the disc players were called Victrola, regardless of who the manufacturer was 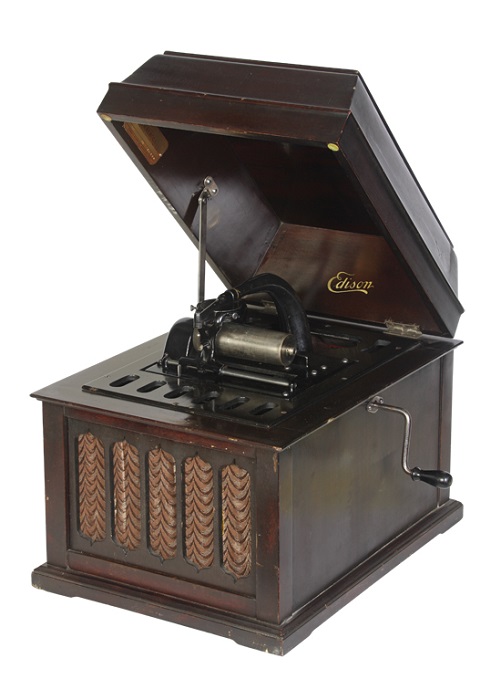 In 1920 the string was the best selling instrument for the reproduction of discs. By 1925 the invention of valve amplifiers allowed replacement by the Electronic Victrola. The sound quality was much superior. The new team was called Orthophonic Victrola

Later The invention of vinyl records, 33 and 45 RPM in 1949, displaced the Victrolas. The last Victrolas were manufactured in the mid-1930s. They were used in rural areas and in places where they still did not have electricity.

At the time it was not only a decorative Vintage element but also functional. It was used as today TV for fun and relax. Also gathered family and friends. Today is an element of decoration in the house. If it is original and it works, it is an attraction. Replicas very tight to the original are also sold with several alternative functions such as radio and other things. Like the ones offered here and can be purchased at Amazon.com